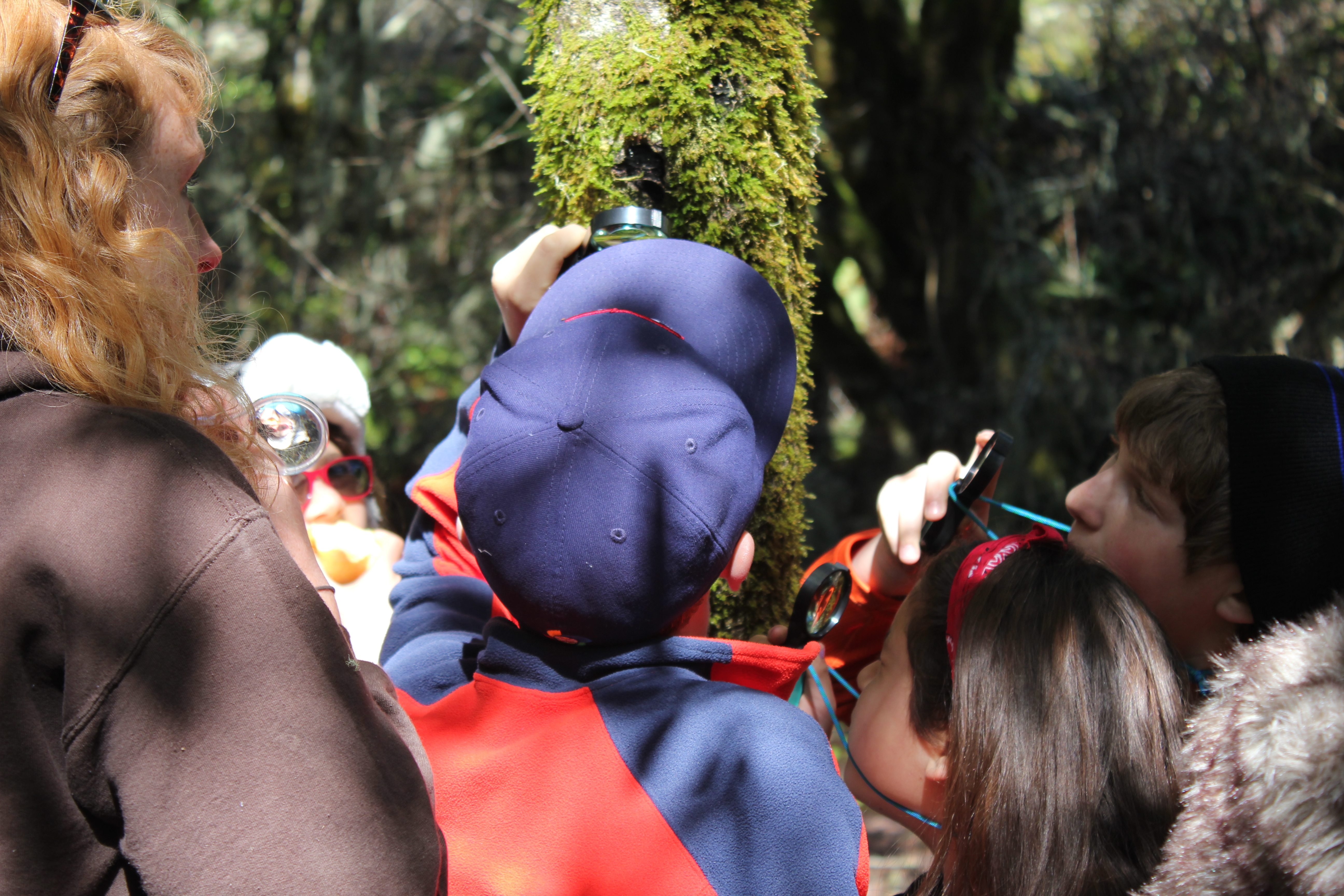 The first time I led NSI: Nature Scene Investigators, it was a total flop. We were studying a piece of scat on the trail – which usually is pretty exciting! The students kept looking at me with “Am I doing this right?” expressions on their faces. Some just got bored and literally walked away. When silence descended on the group, I started feeding questions to the outer circle, but none of them cared enough to listen to the answers. Did I mention they were hot and tired, too?

The next few times I led the activity I made some adjustments. I prepped my kids for discussion with a practice debate. I got out a piece of cardboard and wrote some debate sentence-starters on it (see “Habits of Discussion”). Most importantly, I tried to really listen to my students, and not be too attached to my plan. I realized that if I let go a little bit, their curiosity could determine the course of our lesson.

On one of these days, we were checking out a big redwood burl in NSI formation. I labeled the burl “the Object of Mystery.” As they were examining it, the students zeroed in on some markings in the wood. I actually hadn’t noticed the markings before, but suddenly they became the heart of our mystery! Everywhere we went, students started noticing the markings on other trees and they would call out, “It’s the Object of Mystery!” At first, the students hypothesized that the markings came from lightning or people. As we continued on our hike, though, some students guessed they could be evidence of insects. Meanwhile, another student wanted to check out some moss on an oak tree and soon we were all sticking our noses up to moss and inspecting it. I asked, “Is this moss growing in soil?” At first, they all shouted “No!” because it was growing on a tree, but when we looked closer, the moss seemed to have trapped some soil on the surface of the tree. Our question became, “Does moss need soil?” And as we went through our day, any time we ran into some moss, someone would go check – soil or no soil? At the end of the lesson, I wasn’t sure whether to return to the redwood burl. Did they need to know what it was? Did they need to answer the question I’d planned as the crux of our day? Looking back on it, I’d say no. By the end of the day, they’d already tackled the important mysteries – the ones they’d chosen themselves.

Have your own tale from the field to share? Go ahead and submit it!